Seganing Waterfall is one of the few places that has hardly changed since the more massive arrival of tourists. My first visit dates back to June 2016. The staircase carved into the cliff and the small bamboo railing are still the same !

Don’t expect to see an impressive waterfall because like in all the other places called waterfall in Nusa Penida, it is a very small one. But you will be rewarded with a small natural pool rather nice.

Going down the cliff at Seganing Waterfall

The descent takes about twenty minutes with a small path carved into the cliff. A kind of bamboo railing protects you from a fall but going down is still quite impressive. Personally, I prefer another location a little further south, Guyangan Waterfall. Guyangan has the same general characteristics but the staircase is easier and the natural pools more fun. 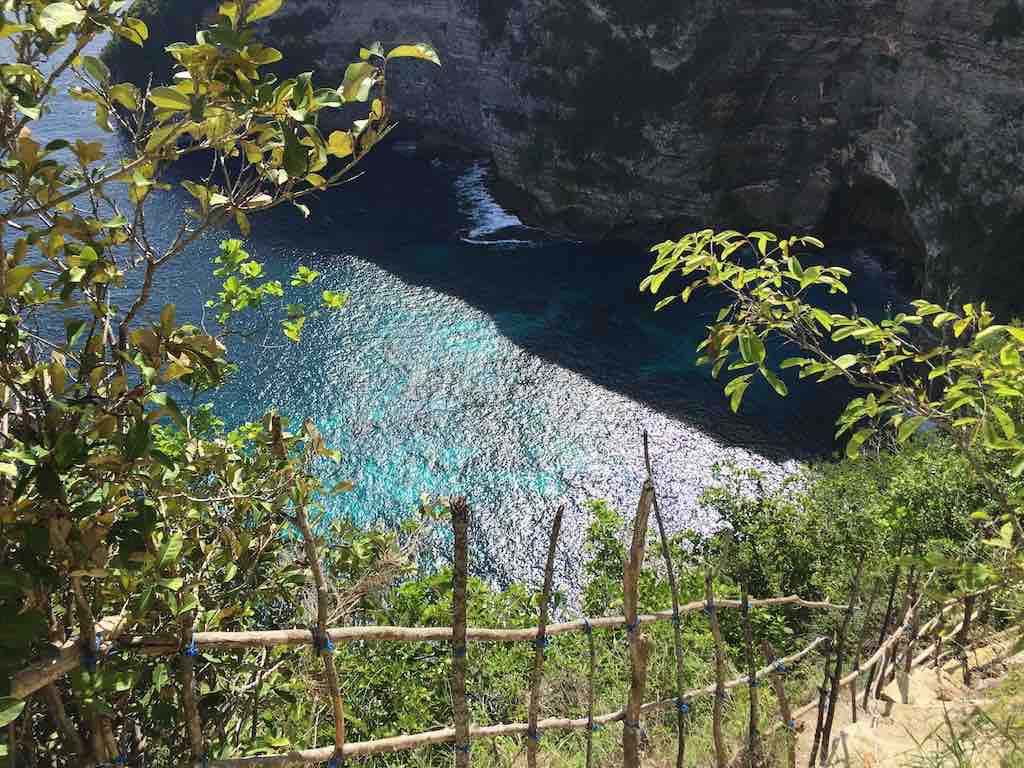 The path going down

If you are a bit in a hurry, or if you are already exhausted by several descents and ascents of Nusa Penida cliffs, simply stay up there. Seganing Waterfall is indeed worth the trip even if you decide not to go down the cliff. A small bamboo platform has recently been set up to overlook the cliff and take cool pictures. A small warung also recently opened. 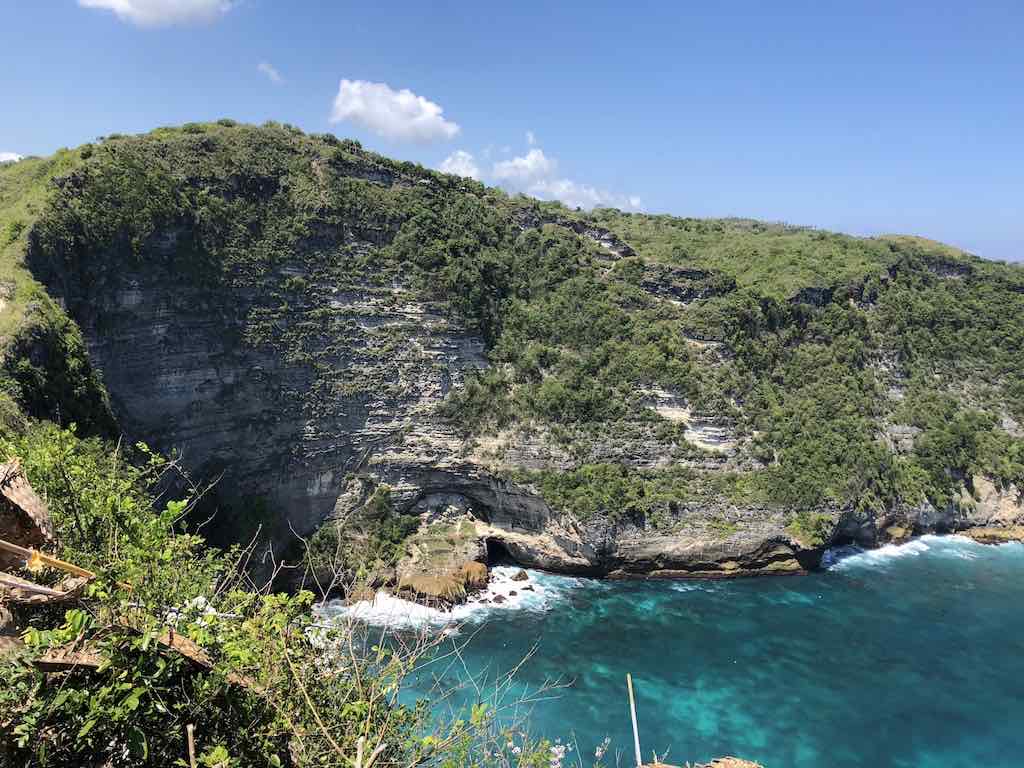 In front of Seganing Waterfall

You can also take your scooter to go to the next hill where you will find Gunung Cemeng temple. From there you can see the path going down the cliff. You will have a very beautiful view of Nusa Penida coast from Batu Bolong, which inspired the logo of Warnakali dive center, until Kelingking Beach. 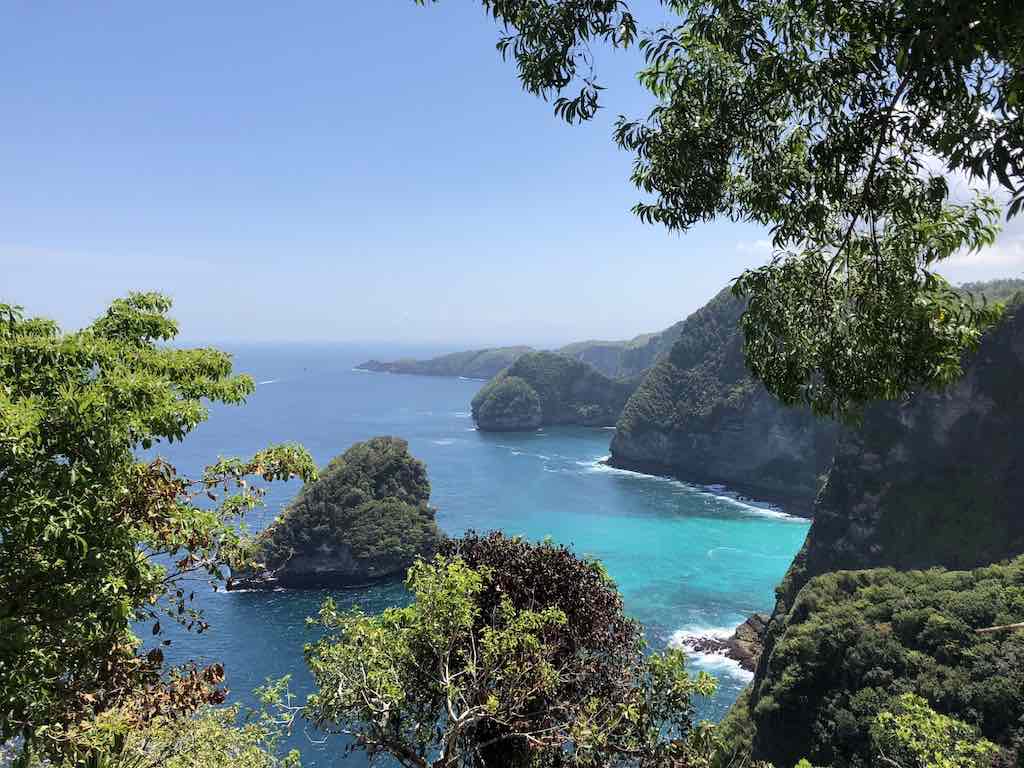 Seganing Waterfall fits easily into a circuit which can include Guyangan Waterfall, Temeling, Kelingking Beach and Broken Beach. But, unless you are very brave and very sporty, you will have to choose the places where you want to go down to the sea …

Feel free to send me a message or post a comment at the bottom of this article !